You are here:
AwardsCompany News 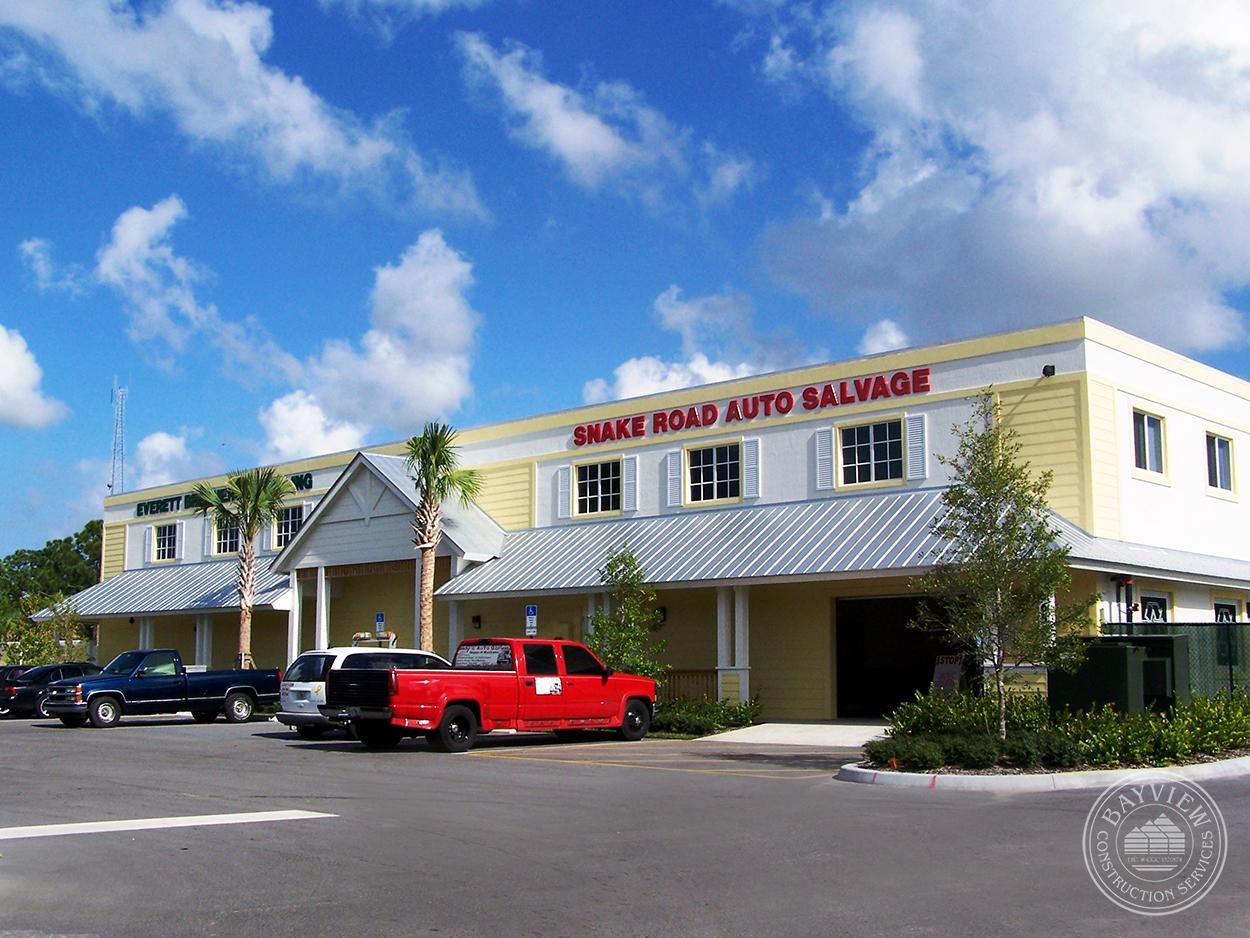 Ken Ringe, president of Bayview Construction, was notified last week by the National Commercial Builders Council (NCBC) that his company would receive the Chairman’s Award for its entry, Snake Road Auto Salvage and Everett Brothers Recycling, within the Industrial Division, in NCBC’s 2011 Awards of Excellence competition.

“This award marks the 6th Awards of Excellence Bayview has won,” said Ringe. “We’re especially proud of this one because it proves, even a construction project for a business that works with salvage and recycling, can incorporate ‘green’ and sustainable elements, which all provide some return on investment while helping the environment.”

Snake Road Auto Salvage, completed by Bayview Construction in April 2010, is the newest and one of the most modern automobile salvage facilities on Florida’s East Coast. The center processes vehicle parts and provides a low-cost option to customers, who range from automotive body shops, mechanical shops, automobile dealerships, insurance companies, and the ‘do-it-yourself’ mechanic.

Energy-efficient features used in the project included sun-reflective materials on the building’s rooftop, energy efficient florescent fixtures and lighting in all interior offices, installation of instant hot water heaters, and use of R-30 rated insulation in ceilings with R-19 in the walls, and installation of fluorescent full bodied high bay industrial lighting to produce high-light output with a minimum footprint to delivery compact, powerful and efficient light source necessary for safety and productivity.

The center’s recycling process includes draining all fluids before processing. More than 10,000 gallons in gasoline are recovered per year, along with 4,000 gallons of engine oil, which is filtered and reused. Other fluids recovered and rebottled for resale are transmission fluid and antifreeze.

Snake Road Auto Salvage will be featured along with other winners in the winter issue of Commercial Builder Magazine, and at “NBN On-Line,” Nation’s Building News, which is the official e-newspaper of the NAHB.

Bayview Construction, headquartered in Stuart, Florida is a certified state-licensed general contractor. A national award-winning company in construction and safety, and a Treasure Coast Builders Association Builder (TCBA) of the Year award recipient, Bayview has been in operation for more than 32 years. For more information on the company and its capabilities, click here

Snake Road Auto Salvage, located in Stuart, Florida and built by Bayview Construction, has been named by the
National Commercial Builders Council as a national 2011 Awards of Excellence winner.

Any cookies that may not be particularly necessary for the website to function and is used specifically to collect user personal data via analytics, ads, other embedded contents are termed as non-necessary cookies. It is mandatory to procure user consent prior to running these cookies on your website.