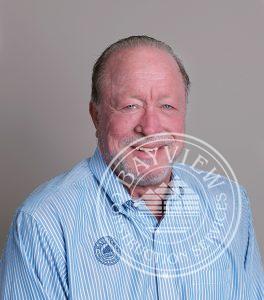 The annual honor recognizes outstanding Florida builders who favor trade partners who are members of their local builders’ association.

A past-president and long-time member of Treasure Coast Builders Association (TCBA), Ringe will accept the award during a statewide conference in Jensen Beach this October.

“This is one of the most meaningful and satisfying honors that has ever been bestowed on me,” said Ringe, whose 30-year-old company has won over 40 local, state and national awards for excellence in residential and commercial construction, design, and marketing.

“What makes it special is that it’s a tribute to the professionalism of a valued network of building suppliers and subcontractors who played major roles in my company’s success.”

Paul Joyal, a Melbourne builder for whom the award is named, said “Ken has worked hard for many years to build the size and strength of our association by recruiting members and doing business almost exclusively with members. He’s very deserving of this honor.”

George Cooper, an engineer and 23-year member of TCBA, instituted the award ten years ago while serving as 2nd vice-president of FHBA.

“Ken Ringe lives and breathes TCBA,” said Cooper. “He has always treated his suppliers and subcontractors like they were family. He’s an excellent choice as the winner of this award.”

Ringe estimates that he does 93-percent of his business with trade partners who are HBA-affiliated, meaning they are members of TCBA, FHBA and the National Association of Home Builders.

He is also one of TCBA’s all-time leading membership recruiters, having enrolled 345 new members during his career.

In addition to his industry-related honors, which include TCBA and FHBA Builder of the Year Awards, Ringe has long been devoted to community service.

He has served on Boards of Directors of the Red Cross of Palm Beach and Treasure Coast and currently chairs Big Brothers/Big Sisters of Martin and Palm Beach counties.

Ringe earned his Bachelor’s degree in Business Administration from the University of Florida and is a Past Chairman of the NAHB Commercial Builders Council.

This website uses cookies to improve your experience while you navigate through the website. Out of these cookies, the cookies that are categorized as necessary are stored on your browser as they are essential for the working of basic functionalities of the website. We also use third-party cookies that help us analyze and understand how you use this website. These cookies will be stored in your browser only with your consent. You also have the option to opt-out of these cookies. But opting out of some of these cookies may have an effect on your browsing experience.
Necessary Always Enabled
Necessary cookies are absolutely essential for the website to function properly. This category only includes cookies that ensures basic functionalities and security features of the website. These cookies do not store any personal information.
Non-necessary
Any cookies that may not be particularly necessary for the website to function and is used specifically to collect user personal data via analytics, ads, other embedded contents are termed as non-necessary cookies. It is mandatory to procure user consent prior to running these cookies on your website.
SAVE & ACCEPT

Thank you for uploading your files. If there are any issues, someone will contact you shortly.